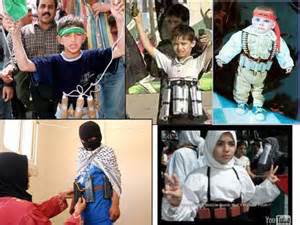 Over the years I found it frustrating listening to and trying to talk sense to politically left leaning people. Now they have latched onto the Islamic Jihad as their cause. They are saying, We are all wrong and should be nice to our Muslim neighbors. I am sadden by what I see coming down the pike, but I cannot suppress my amusement over how foolish the left leaning media and their kind are over this issue. There are MILLIONS of true believers who will strap bombs on their children to defeat Western culture. They believe God has told them to join this Jihad, they make this their life’s mission and raise their children to carry on the fight for generations to come. This will be guerrilla warfare like we have never seen. It is equivalent to Northern Ireland on steroids. I do not see the political will anywhere to save our asses. Imagine what it would require, first off all, the Muslims in the Western Nations would have to be rounded up and deported or interned. That is step one, lets forget about any other steps that need to be taken, because step one is never going to happen.

Step one for the Muslims is to control areas in the Western Nations where they live, to ghettoise themselves, no outside authority is allowed in their neighbourhoods, where Sharia Law is strictly enforced. Then to expand those areas they control. Then to reach out from those neighbourhoods to harm anyone who does not comply with Sharia Law. At some point when they are more than 50% of the electorate they take over, to enslave and/or kill all nonbelievers. This is not what I think they will do, it is what they have done and are continuing to do. Ever hear of the Paris of the Middle East, the “liberal” center for multiculturalism and higher education – LEBANON? Worked out will for them and it will work out the same way for the talking heads in our left wing media – sadly for us too.

The following video describes how children are recruited and influenced, but remember a Western educated engineer was given a box cutter and told it was a good idea to crash a plane into the Twin Towers.