Browse: Home   /   EBOLA OR ISIS WHO WILL KILL MORE 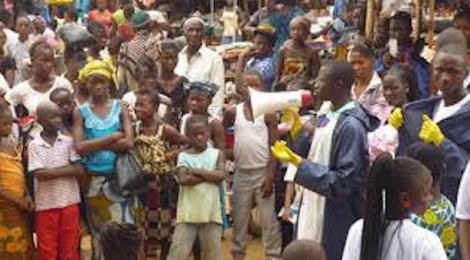 EBOLA OR ISIS WHO WILL KILL MORE

At this time Western Countries would have little concern about Ebola. This is similar to AIDS in that you would have to have intimate contact with the victim group. In the case of the African countries infected and the neighboring countries in Africa they are going to suffer greatly. A recent report was that the number of victims is doubling every three weeks. Modest estimate starting with 5,000 victims at present all 1.111 billion people in Africa will be infected within 54 weeks (About 1 year 2 weeks) and ½ of them will die. This is just a mathematical probability not really what will happen. A great deal of money and Western support will pour into the infected areas to upgrade their living conditions to resemble Western standards of sanitation and cleanliness. Africans, especially male Africans, have to refrain from promiscuous sex, there seems to be no such thing as safe sex for an infected person. Many Africans will have to be persuaded to forgo ancient traditions concerning how they handle their dead. Many Africans, who have little to eat now, will have to be  persuaded to either not eat wild game and to prepare what they do eat in a sanitary manner.  Eight Aid workers were murdered in a village, apparently it was difficult to persuade these Africans to change their ways.   As the number of infected people increase it seems likely the spread-rate will also increase. EBOLA OR ISIS WHO WILL KILL MORE.   There may also be social barriers that will prevent Ebola being transmitted into some areas of Africa, (It may be that some of these people do not intermingle) Though I suspect some intermingling goes on even between the most insulated of groups. Obama wants no boots on the ground in a war where people die where they are shot, in the case of Ebola people will die where they are brought and where do you think that will be, remember no soldier left behind. In recent times things have gotten so bad in West Africa some areas were predicted to become depopulated. That has not happened, but they have suffered massive death tolls and it appears they will again. EBOLA OR ISIS WHO WILL KILL MORE.

From Wikipedia, the free encyclopaedia – The virus may be acquired upon contact with blood or bodily fluids of an infected animal. Spreading through the air has not been documented in the natural environment. Fruit bats are believed to be a carrier and may spread the virus without being affected. Once human infection occurs, the disease may spread between people, as well. Male survivors may be able to transmit the disease via semen for nearly two months. To make the diagnosis, typically other diseases with similar symptoms such as malaria, cholera and other viral hemorrhagic fevers are first excluded. To confirm the diagnosis, blood samples are tested for viral antibodies, viral RNA, or the virus itself. Ebola virus disease (EVD), Ebola hemorrhagic fever (EHF), or simply Ebola is a disease of humans and other primates caused by an Ebola virus. Symptoms start two days to three weeks after contracting the virus, with a fever, sore throat, muscle pain and headaches. Typically, vomiting, diarrhoea and rash follow, along with decreased functioning of the liver and kidneys. Around this time, affected people may begin to bleed both within the body and externally.

Prevention includes decreasing the spread of disease from infected animals to humans. This may be done by checking such animals for infection and killing and properly disposing of the bodies if the disease is discovered. Properly cooking meat and wearing protective clothing when handling meat may also be helpful, as are wearing protective clothing and washing hands when around a person with the disease. Samples of bodily fluids and tissues from people with the disease should be handled with special caution.

No specific treatment for the disease is yet available. Efforts to help those who are infected are supportive and include giving either oral rehydration therapy (slightly sweet and salty water to drink) or intravenous fluids. The disease has a high risk of death, killing between 50% and 90% of those infected with the virus. EVD was first identified in Sudan (now South Sudan) and the Democratic Republic of the Congo. The disease typically occurs in outbreaks in tropical regions of sub-Saharan Africa. From 1976 (when it was first identified) through 2013, the World Health Organisation reported a total of 1,716 cases. The largest outbreak to date is the ongoing 2014 West African Ebola outbreak, which is affecting Guinea, Sierra Leone, Liberia and Nigeria. As of 26 August 2014, 3,069 suspected cases resulting in the deaths of 1,552 have been reported. Efforts are under way to develop a vaccine; however, none yet exists.

In the following video the infection figures are lower and the predicted outcome much less dire. West Africa is still hurting and will still suffer greatly.  My prayers go out to them. EBOLA OR ISIS WHO WILL KILL MORE.