Browse: Home   /   ISIS A HORROR SHOW COMING TO A THEATRE NEAR YOU 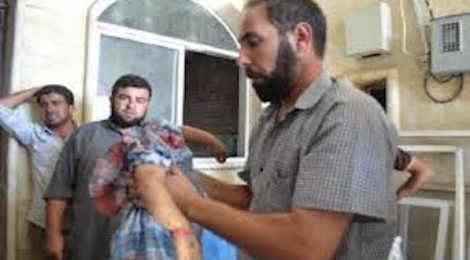 ISIS A HORROR SHOW COMING TO A THEATRE NEAR YOU

ISIS A HORROR SHOW COMING TO A THEATRE NEAR YOU

We hear that the news medias are really upset that reporters are being beheaded by ISIS and well they should be. I am also disturbed by that. I am also disturbed when I hear that prisoners are being summarily excited.  As I view the pictures of people being shot to death by firing squads is reminiscent of the Nazi firing squads it brings to mind: ISIS a horrow show coming to a theatre near you.

The sad fact is one death is a murder, thousands of deaths is just a foot note in history. A genocidal massacre is just too much for a person to comprehend, what we do comprehend is one death of a one person. For me after seeing the picture of a toddler that was beheaded no other death or horror can top this. ISIS A HORROR SHOW COMING TO A THEATRE NEAR YOU.  ISIS can go on killing and will. They will kill millions, but they can do no worse.

← ARE YOU PREPARED TO GET OUT OF YOUR CAR? PRIZE #3 WINNER IS CURTIS RAMSEY
ENTER NOW →