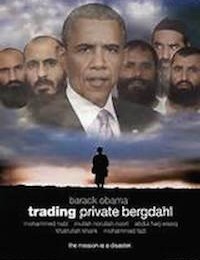 Obama to the rescue

When we are least paying attention, when no Democrats are running for office, when the left wing media has something to distract us, they will release the report about Bowe Bergdahl, is he a deserter, a possible traitor and what if anything do they plan to do about it. THEY KNOW NOW, BUT ARE NOT TELLING. Five Taliban terrorist, Mohammad Fazl, Khairullah Khairkhwa, Abdul Haq Wasiq, Norullah Noori, and Mohammad Nabi Omari. The Taliban army chief of staff, Taliban deputy minister of intelligence, Taliban interior minister, and two other senior Taliban figures, are very thankful to President Obama. Oh and Obama says with a straight face no ransom was paid!? In the mean time President Obama made another great trade, just when Cuba was about to sink into the Caribbean, Obama comes to the rescue, one innocent aid worker who was being held in Cuba for no reason other than he was an American, for five Cuban intelligence officers convicted of espionage and MURDER, plus free trade and access to hard currency from the USA. Every left wing Democrat in the USA and every anti-American despot in the world has to love Obama’s bargaining skills. What was the message Obama sent to Putin? “After my election I have more flexibility.” What does that mean? –  HE CAN NOW BEND OVDER BACKWARDS!