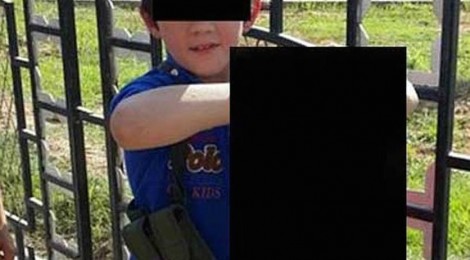 I do not mean to make light of the seriousness of what is portrayed here. Those are real victims that should not have been murdered, talk about beyond the pale. The debate is whether such things should be allowed to be posted. Social media terrorists.  I would say yes, when these lunatics come up for a breath and try to live a normal life this will be a legacy they will never be able to live down. Even thought this man’s son seems to be on track to becoming the same monster his father is, it is just as likely he will grow to understand what a horrible thing his father did to others and to his own son. It is just as likely his son will change his last name and reject everything his father represents.  Social media terrorists.  These posts represent Freedom of Speech that tell us valuable information, think about it, if they were not posted the arguments, still being made, that extreme Islamises are not that bad would have much more weight. 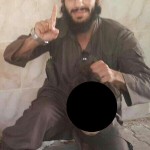 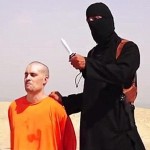 1. Australian ISIS fighter Mohamed Elomar holds up the severed head of one of his enemies in a photo posted on social media. Source: DailyTelegrap.

2. Video still of US journalist James Foley, who was beheaded by ISIS militants. Source: Supplied.