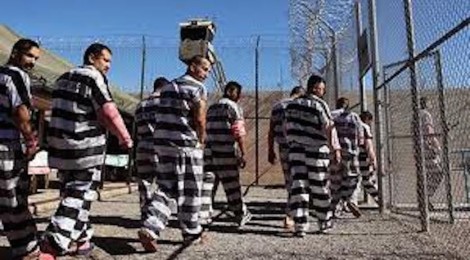 SHOULD THE USA DEPORT CRIMINALS?

SHOULD THE USA DEPORT CRIMINALS, LIKE KUWAIT DOES?  WHAT DO YOU THINK? More than 600 illegal immigrants with criminal convictions were released by federal authorities in early 2013 in advance of the “sequester” budget cuts, according to a government watchdog report obtained by FoxNews.com.

(Reuters) – The Kuwaiti government said on Monday it had revoked the citizenship of 10 people, including a well-known Muslim cleric, in an escalating political crackdown.The cabinet adopted last month what it called an “iron fist policy” against people it accuses of trying to undermine the country’s stability, following protests sparked by the arrest of a prominent opposition politician.In a statement carried by KUNA on Monday, the cabinet said it had reviewed data related to the naturalisation of the 10 and found they were ineligible for Kuwaiti citizenship.”The council (of ministers) approved the draft decree to withdraw Kuwaiti citizenship from 10 people,” it said without naming them or giving details of the reasons.In messages on social media, activists identified one of them as Nabil Alawadhy, a well-known Sunni Muslim preacher and academic who had hosted a religious programme on a private television channel.In a brief comment on his Twitter account, Alawadhy said: “Whatever happens, may good come out of it.”

But the cabinet said it had decided to grant citizenship to 15 children of military personnel who were in the security entourage of former ruler Sheikh Jaber al-Ahmed al-Sabah when he escaped an assassination attempt in 1985. Many stateless Arabs residing in Kuwait serve in the army without holding citizenship and have to meet tough conditions to be naturalised. Last month, the Kuwaiti government revoked the citizenship of two opposition figures and some of their family members. An activist said then the government was relying on rarely used laws to target “some of those who oppose the policies of the government”.

Kuwait’s Information Ministry also cancelled the licences of a local newspaper and a television channel for what the assistant undersecretary for press and publications said was failure to “fully honour one of the conditions in the licences”. Kuwait, enduring a long feud between the elected parliament and the appointed government in which ruling family members hold some top posts, has been unsettled by an investigation into an alleged plot to overthrow the ruling system. The oil-rich, U.S.-allied monarchy allows more political freedom than other Gulf Arab states. It has a lively press and an elected parliament, but has banned public gatherings of more than 20 people without a permit.

Last month, police used smoke bombs to disperse hundreds who tried to march in the capital to demand the release of Musallam al-Barrak, an opposition politician who had been detained for questioning on suspicion of insulting the judiciary. Kuwait has suffered bouts of political crisis in recent years amid disputes over election procedures and accusations of corruption and mismanagement by former parliament members and opposition politicians against senior government members and loyalists, including members of the ruling family.